Everyone knows how powerful video can be and so-called “talking heads” videos have become more and more popular in recent years, as companies and individuals look to use the medium to connect with their audiences.

If it’s done badly though there’s a fair chance it won’t achieve many views, and it could even do more harm than good, potentially tarnishing the image of a business or individual.

Applying just some of the tips below will make a positive difference to your talking heads videos.

1. Use the Best Camera Available

You want your video to have a high-quality, sharp and in-focus image, ideally in HD or better resolution (HD being comfortably good enough for on-line use). However, lack of access to a dedicated professional-standard video camera should not curtail progress at the first hurdle – a high-end smartphone from the last three years will often suffice to capture this sort of footage.

A camera that shakes or wobbles is distracting, looks very unprofessional, and could even cause motion sickness for the viewer.

There are plenty of options to hold a smartphone in place, an inexpensive example being the smartphone tripods from Linkcool (about £14).

In most cases the subject should be filmed in landscape mode (we have two eyes positioned horizontally after all!) and not vertically (portrait mode).

When positioning the camera relative to the subject it should be level with them, not looking upwards or downwards.

It’s usually best to include from halfway up the subject’s torso (so that hand gestures are captured) to the top of their head.

The top of their head should be about two finger widths (two or three centimetres) from the top of the frame (their face should not be in the centre).

When explaining something to the viewer (e.g. a how-to, a demo, a sales pitch) the subject should look directly at the camera and be positioned in the horizontal centre of the shot. 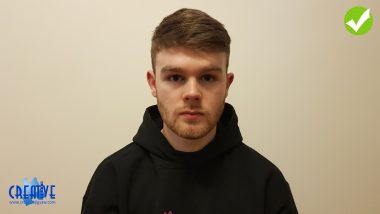 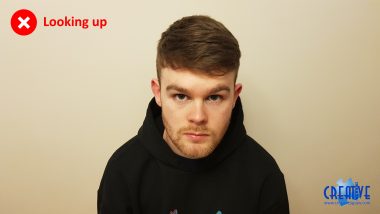 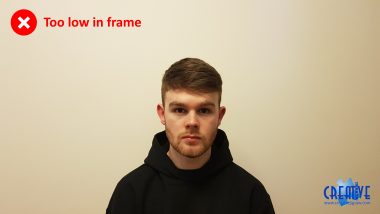 Alternatively, so that the viewer feels like they’re listening in to a conversation, look at an off screen point (where an interviewer would be) either to the left or the right of the camera. 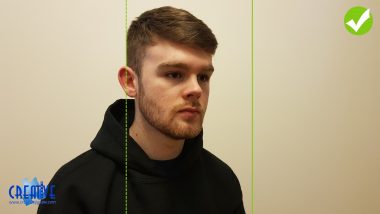 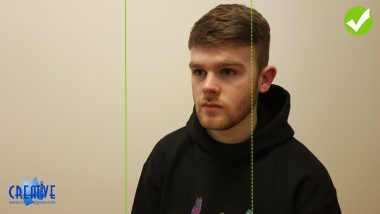 Don’t be afraid to vary the amount of the subject seen on camera – for example, getting in closer at times and showing only head and shoulders can improve engagement as well as help emphasise a particular point.

If you’re able to film with two cameras, and therefore capture two differently framed shots, even better (although this will require some post production – see number 6 below).

In-built microphones, especially on smartphones, aren’t really up to the job of capturing decent audio.

A good option for speaking-on-camera type videos in a lavalier/lapel mic and there are lots of options that will plug into the headphone socket of a smartphone (including iPhones via a Lightning-to-headphone adapter), such as the Rode Smartlav+ (about £50) or cheaper alternatives like that from Gyvazla (about £12).

A wireless alternative is the Hey Mic! Bluetooth Microphone (about £100). An alternative to a lavalier mic is to use a plug-in shotgun mic like the Rode VideoMic Me (about £50).

80+% of social media video is viewed with audio muted, so it’s really important that videos posted online are subtitled.

There are smartphone apps that use AI to add subtitles, Clip is an iPhone example and AutoCap for Android.

On a computer there’s Veed (www.veed.io/auto-subtitle, free with a watermark or US$20 per month without), which also uses AI and allows the captions to be edited.

And we have a Blog article that describes in detail an approach to adding subtitles to video at a cost of only US$1.25 per minute of video, including how to control the positioning of the text (https://www.creativejigsaw.com/post/adding-subtitles-to-videos-how-to-do-it-easilyalthough-should-you-even-bother).

6. Include Cutaways If Possible

After only a short while the imagery of a talking heads video ceases to be very engaging.

One of the best ways to improve engagement is to include “B-roll” footage (shots of things related to what’s being talked about) that can be used as cutaways at the appropriate moments.

On-screen text can also be used to emphasise points being talked about.

To do these things the video will require some post production using NLE (Non-Linear Editing) software. It’s possible to do the editing on a mobile device, such as using Quik (free) or Promo (£39/month). To edit on a computer there are numerous options, including iMovie (included with Mac computers) and VSDC Free Video Editor (free for Windows).

When a video is played with audio, some subtle background music helps to bring it to life. Individual royalty-free tracks can be purchased from places such as Audio Jungle (US$10-15 each) and there are unlimited options such as Soundstripe (US$15 per month or US$135 for a year).

The video would need to be post produced using an NLE to add the background music. Where an app on a mobile device is used, some include a selection of music tracks for inclusion.

8. Don’t Forget What’s Behind Your Subject

Remember when you watched someone on the news being interviewed by webcam from their home? Did you take the opportunity to have a nose at whatever you can see of their house behind them? Of course, you did!

Ideally, you’ll want to make the background either relevant to what you’re talking about or else fairly neutral. Often people may sit in front of a bookcase but be careful that there’s nothing on your bookcase that you don’t want to broadcast to the world!

An alternative is to film in front of a green screen and change the background in post production using chroma keying, which digitally replaces the green parts of the image with whatever you choose – both NLEs mentioned above enable the chroma key technique.

Varying the background image can also be used to greatly improve viewer engagement.

A further alternative is to have the subject in focus whilst the background is out of focus (the “bokeh effect”), which helps concentrate attention on your subject. This is generally only possible using professional video cameras (use a large aperture and some telephoto, whilst ensuring a reasonable gap between the subject and the background), although the latest
high-end smartphones are starting to facilitate a digital simulation of the effect. 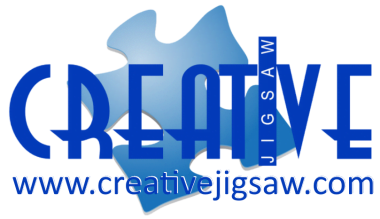